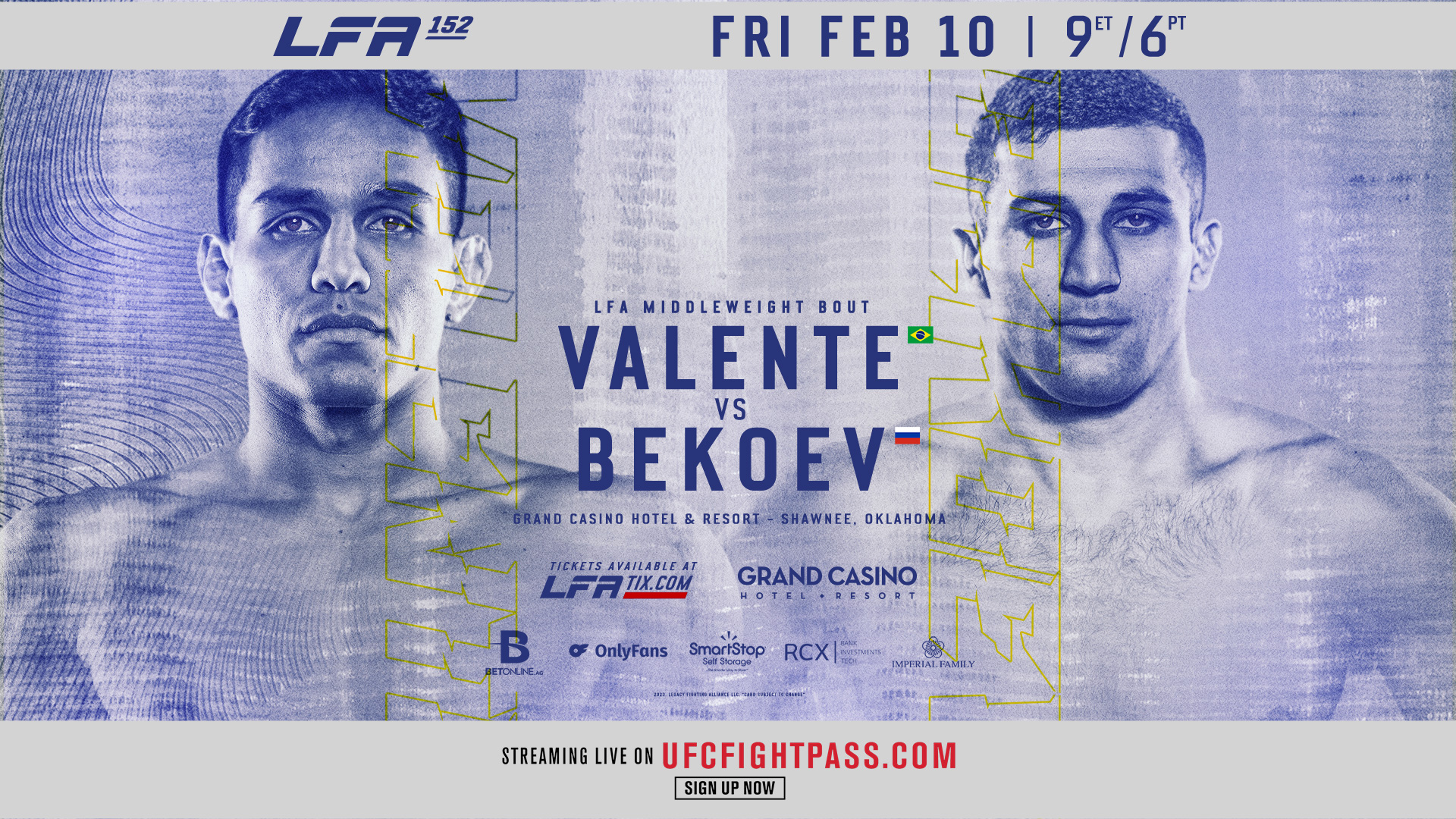 LAS VEGAS, Nevada — LFA CEO Ed Soares announced last month that the promotion will return to Oklahoma in February. LFA 152 will feature an explosive middleweight showdown between two of the division’s top international stars when the promotion returns to the Sooner State. LFA 152 will be the fourteenth LFA event to take place in the state.

LFA 152: Valente vs. Bekoev takes place Friday, February 10th at the Grand Event Center inside the Grand Casino Hotel & Resort in Shawnee, Oklahoma, which is an exurb of Oklahoma City. The main event will feature a middleweight showdown between Brazilian powerhouse Renato “Índio” Valente and Russian kingpin Azamat Bekoev. The entire main card will be available worldwide on UFC FIGHT PASS® at 9 p.m. ET / 6 p.m. PT.

“Renato Valente and Azamat Bekoev are international stars and two of the most exciting middleweight prospects in the sport,” stated Soares. “Valente returns to the venue where he became the first man to defeat Chibwikem Onyenegecha, while Bekoev makes his highly-anticipated debut in the United States. The world will be watching when they meet in the main event of LFA 152.”

Valente (9-5) is the next exciting LFA middleweight prospect to hail from Brazil by following in the footsteps of LFA greats Alex “Poatan” Pereira and Gregory “Robocop” Rodrigues. Pereira is now the reigning UFC middleweight champion, while Rodrigues is the former LFA middleweight champion that also competes in the UFC. Valente has dreams of joining his countrymen in the UFC and has the perfect opportunity to prove that he belongs in his fifth appearance for the LFA in what will also be his second main event for the promotion. “Índio” earned this opportunity by knocking out former LFA title challenger Jared Revel at LFA 144. He is also the only man to defeat LFA star and Dana White’s Contender Series alum Chibwikem Onyenegecha. The win came in the co-main event of LFA 110 in the same venue he will return to at LFA 152.

Bekoev (14-3) is excited to make his long-awaited North American debut after winning multiple regional titles in his home country of Russia. The Russian fighter hails from Vladikavkaz, which is the capital city of Republic of North Ossetia–Alania in Russia. The city is located on the foothills of the Caucasus Mountains in Eastern Europe and is a region famous for producing world-class athletes across all combat sports. Bekoev made his professional debut in 2015 when he was 19-years-old and made an immediate impact by finishing his first eight opponents. This included winning two fights on the night he made his professional debut and another two fights in one night two years later. The Grand Prix of the Cities of Military Glory (2017) and Russian MMA Cup (2017) are two of the titles belonging to the decorated Russian. Bekoev now looks to become the first fighter from his proud fighting nation to win an LFA main event in an always entertaining rivalry between Brazil and Russia.

In 2017, RFA and Legacy FC merged to form LFA, the premier developmental organization in Mixed Martial Arts. The combined forces of LFA launched the careers of over 270 athletes that have reached the pinnacle of MMA by competing in the UFC. In 2018, the promotion joined the Imperial Family Companies group (formerly London Trust Media). In 2019, the promotion announced a broadcast partnership with UFC FIGHT PASS®. In 2021, the LFA expanded internationally by hosting multiple events in Brazil.

Located a short drive east of Oklahoma City on Interstate 40, our casino features over 125,000 square feet of gaming space filled with over 2,000 of the newest, Vegas-style slots as well as Oklahoma’s only Keno lounge. We also feature a luxury 14 story hotel tower and several great dining selections. When it comes to entertainment we at the Grand Casino deliver world class shows from Vegas-style acts to national caliber events including all music genres, comedians, sporting events, and poker championships. Learn more at Grand ResortOK.com 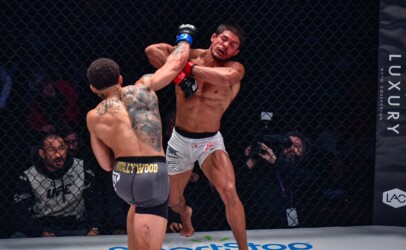 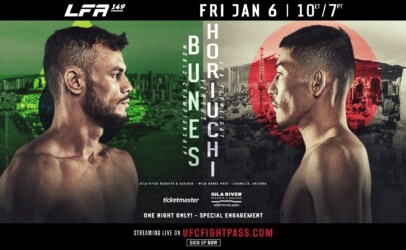 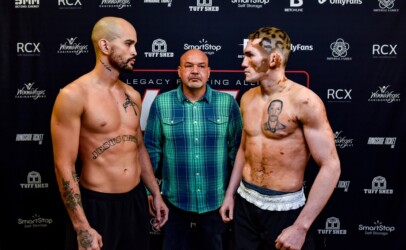