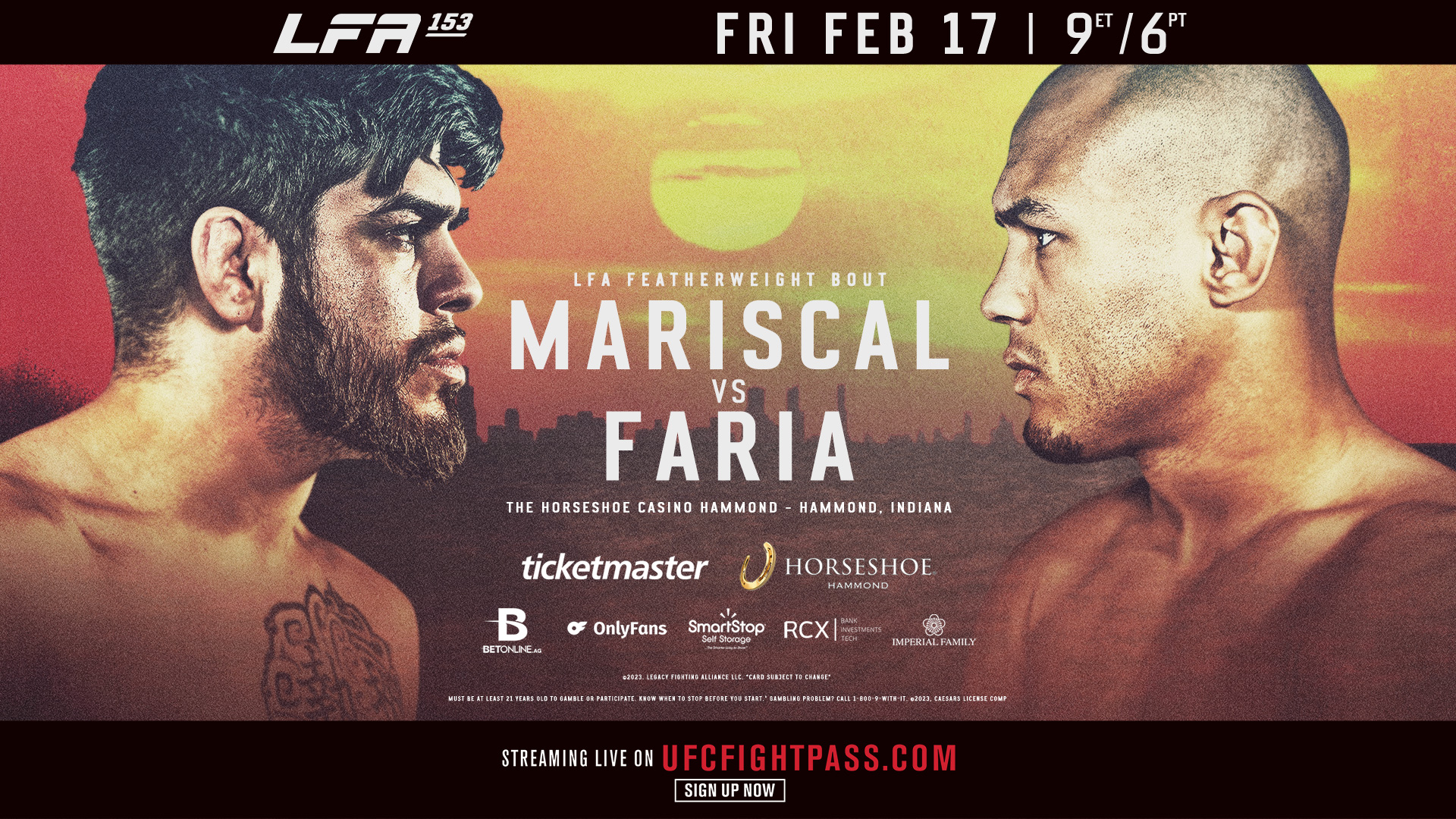 LAS VEGAS, Nevada — LFA CEO Ed Soares announced today that the promotion will make its second trip to Indiana in February. LFA 153 will feature a featherweight showdown between two of the division’s most exciting prospects when the promotion heads to the northwestern part of the state. RFA hosted one event in the “Hoosier State” before the merger of RFA and Legacy FC that created LFA.

LFA 153: Mariscal vs. Faria takes place Friday, February 17th at The Horseshoe Casino Hammond in Hammond, Indiana, which is located in the Chicago metro area. The main event will feature a featherweight showdown between hometown hero Chepe Mariscal and Brazilian dynamo Guilherme Faria. The entire main card will be available worldwide on UFC FIGHT PASS® at 9 p.m. ET / 6 p.m. PT.

Tickets for LFA 153: Mariscal vs. Faria are on sale NOW at Ticketmaster.com.

“We are excited to bring the LFA back to Chicagoland in February,” stated Soares. “Chepe Mariscal has been a star for our promotion since making his debut for us at LFA 57. This will be his fourth fight for the LFA and he has always been in the main event or co-main event, but now he gets a chance to compete in front of his home fans in the Chicago area LFA 153. He will face Brazilian standout Guilherme Faria, who is one of the most dynamic knockout artists in the division.”

Mariscal (12-6) is a Chicago native that has headlined two LFA events and co-headlined a third. However, this will be the first time he has fought for the promotion in his hometown area. Pegged for greatness before ever competing in a professional MMA, Mariscal began competing in amateur MMA at 20-years-old. Now at age 30, he has compiled an impressive combat sports résumé. IMMAF world champion, IMMAF national champion, 18-1 amateur MMA record with 17 finishes, two-time regional MMA champion as a professional fighter, nine-time BJJ champion, three-time kickboxing champion, NJCAA national qualifier in wrestling, and Judo black belt. These achievements led Mariscal to the defining moment in his career at LFA 57, when he became the first man to defeat the highly touted Youssef Zalal. The proud Mexican-American is now eager to win another LFA headliner in Chicagoland at LFA 153.

Faria (18-9) is one of the most exciting knockout artists in the division. The Brazilian dynamo grew up in São Paulo, SP, Brazil, which is one of the world’s biggest hotbeds for breeding MMA talent. The 31-year-old is a co-founder of Academia Faria Fighters in Limeira, SP, Brazil and also trains stateside at Team Alpha Male in Sacramento, California, where he is able to round out his skillset with some of the best grapplers in the world. The Muay Thai specialist does prefer to keep his fights standing, however, as more than half of his victories have come by way of knockout or technical knockout. The most recent knockout came in his last fight at LFA 125, where the Brazilian moved up two weight classes to compete on one week’s notice against Dana White’s Contender Series alum Zach Zane. Faria stopped the talented Hawaiian with leg kicks and punches in the second round and is now eager to headline his first LFA event.

In 2017, RFA and Legacy FC merged to form LFA, the premier developmental organization in Mixed Martial Arts. The combined forces of LFA launched the careers of over 270 athletes that have reached the pinnacle of MMA by competing in the UFC. In 2018, the promotion joined the Imperial Family Companies group (formerly London Trust Media). In 2019, the promotion announced a broadcast partnership with UFC FIGHT PASS®. In 2021, the LFA expanded internationally by hosting multiple events in Brazil.

About THE HORSESHOE CASINO HAMMOND:

The legendary Horseshoe Hammond casino is Chicagoland’s No. 1 destination for 21 and over gambling, dining, sports betting and entertainment. Home to delicious cuisine courtesy of Jack Binion’s Steakhouse restaurant, we also host the Chicago area’s top acts and concerts at The Venue. Exceeding expectations at every turn, Horseshoe is where Chicagoland gambles. For more information, visit the official Horseshoe Hammond Website. 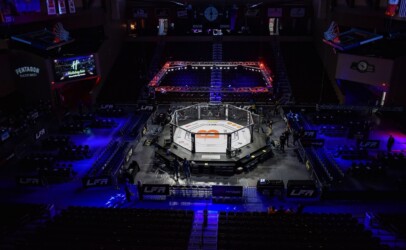 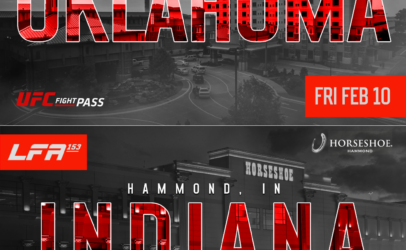